VILLAGE PRESIDENT, BROTHER HAVE MUCH IN COMMON:
THEY SHARE A TASTE IN BOYS --
-- AND A DAY IN COURT 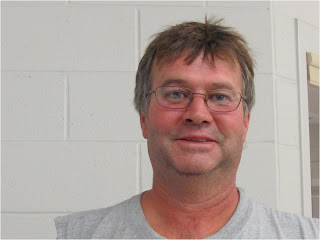 DAN COUGHLIN, [above] 48, CHARGED WITH HIS VILLAGE PRESIDENT BROTHER WITH SEX CRIMES AGAINST MALE YOUTHS AGE 6 - 17 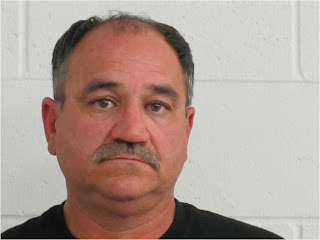 DON COUGHLIN, PRESIDENT OF THE VILLAGE OF LYNDON STATION WISCONSIN
CHARGED WITH 5 FELONY COUNTS OF SEX WITH MINOR MALES

Special to the Readers of Plenty of Horne

And The Plenty of Horne Hound Dog Team
Here are the photos of the Coughlin brothers, charged with sexual offenses against male children aged 6 - 17 in Juneau County. The victims are in their 20s and 30s now, according to the Milwaukee Journal Sentinel.

Here is Donald Patrick Coughlin, 53,-- he's the President of the Village of Lyndon Station, Wisconsin. He's charged with 5 felonies dating from 1989 to 2008. His arrest on September 13th 2010 came just two months after his wife, Dawn Marie Coughlin, filed a divorce petition against him. Coughlin was the Lyndon Station Fire Chief for 30 years, from 1978 to 2008.

His younger brother Daniel J. Coughlin of Coughlin Road, Lyndon Station, is only facing one felony -- that for a second degree sexual assault of a child in 1990. Dan is an organic farmer, and his telephone prefix is 666!

Lyndon Station is just northwest of Wisconsin Dells, which is simply loaded with boys during the season. It is also near the community of "Hustler."
Posted by Michael Horne at 1:08 PM